Is what I had after leaving work yesterday. Too much computer. Too much of one tedious, never-ending project.

As you can see, the annoyance region of my brain is clearly inflamed.
But it's back to computer land I go. Hopefully I'll finish up everything up today and sail into a mostly computer free weekend. Only one more work week until "spring break".
I'm going to the gym to lift this morning. I'm feeling nice and recovered and ready to do my first outside long run in preparation for the 1/2 marathon at the end of May. It's supposed to be chilly and snow in the morning, but it should (hopefully) be like snow globe snow and not blizzard snow. The temperature is still going to get up to 44 so even if it dumps a bunch, it won't stick around.
Dinner last night was spinach mushroom quiche based on the simple quiche recipe from Real Simple. Other than the fact that I think our oven cooks cool because it takes everything longer to bake than the instructions tell us it will, this recipe is tasty and easy and has endless possibilities as far as mix-ins. 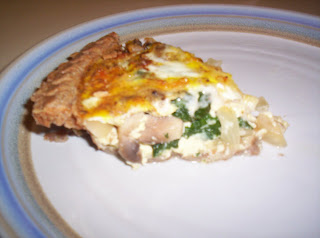 The only other thing worth noting is that the geese are back. Living in Florida and New Mexico, geese were not part of my world view until last year, and, while they mark the coming of spring, they are also mean and poop EVERYWHERE. Ick.
PETA should definitely make an exception for these guys. 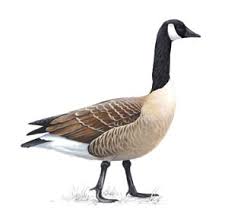 If I had Photoshop skillz, I'd docotr that picture to show what that goose would rather be doing- taking a big green poop while chasing someone off a side walk.
And on that note, I have to fly! Excuse the inevitable typos. I'll try to fix them when I get to work.
Posted by Chelsea at 5:40 AM