About Disney from my AAA Living magazine.  Why?  Because I grew up in Orlando, and because these are actually semi-interesting enough that I saved the magazine so I could post them. 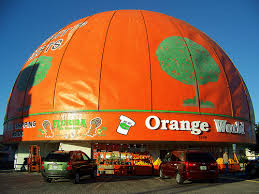 Okay, let's bring on the fun.  The top 5 things you didn't know about Disney World:


And a bonus:  You cannot buy gum anywhere at Disney World.
Workout:
Rest/yoga.  I think I've been feeling the effects of the tougher running and lifting workouts I've been doing lately and am planning an easy week next week.
Posted by Chelsea at 7:48 AM